Earbuds deliver sound through the outer ear, the eardrum and on to the cochlea.

Sound travels in waves through the air. Normally, sound waves travel through several structures in the ear, before transmitted through our nervous systems to our brains.

The waves enter the outer ear, which is the big flappy piece of cartilage that helps to focus the sound.

From there, the sound goes into the air-filled middle ear, which includes the auditory canal and the eardrum. A flap of skin that vibrates when exposed to the energy from sound waves.

On the other side of the eardrum, there are three small bones, the ossicles, which are attached to it. They transmit the vibration to the cochlea, a fluid-filled structure that takes those vibrations and converts them to electrical impulses that are sent along the auditory nerve to the brain

BEST SENSATION OF PERFECTION AND FREEDOM

No matter you are crossing the street in blaring metropolis, or running at peaceful countryside. Pick up your call with no worries of missing the car home and bird’s singing. 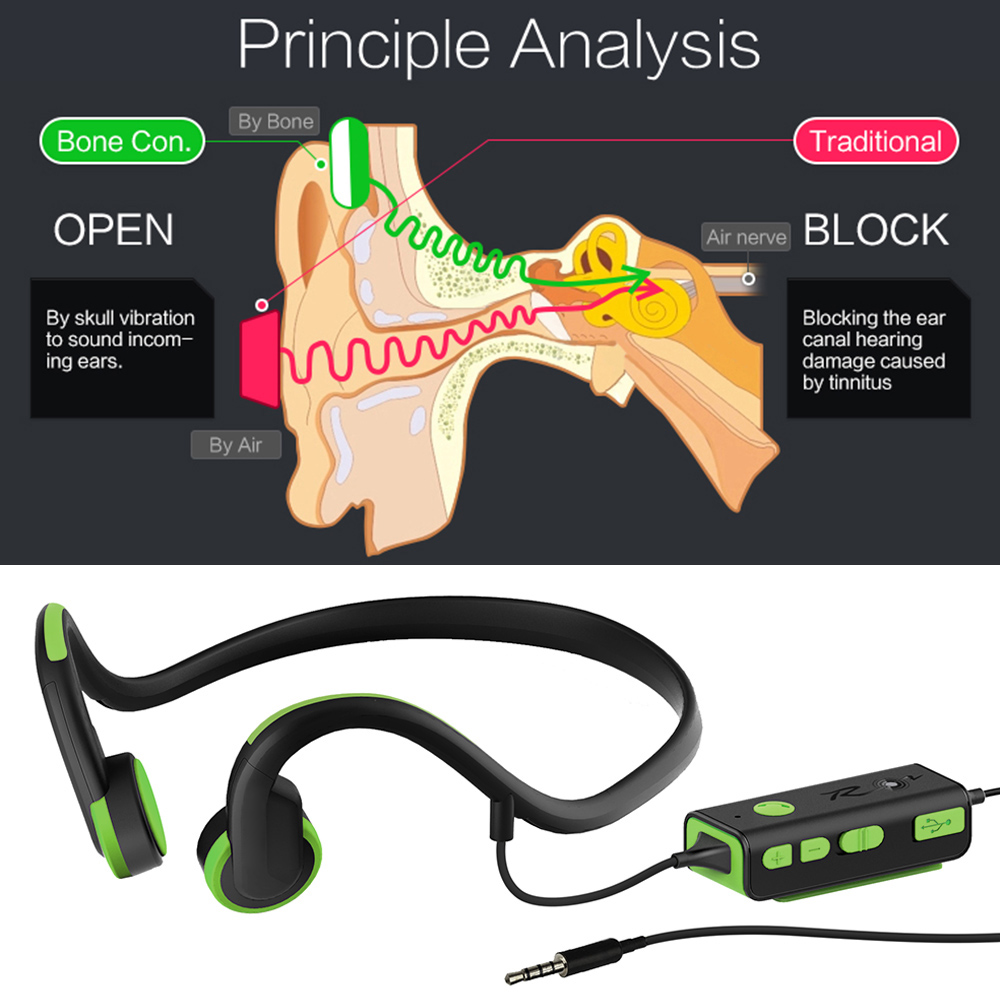 Bone conduction is one reason wh

y a person’s voice sounds different to them when it is recorded and played back. Because the skull conducts lower frequencies better than air, people perceive their own voices to be lower and fuller than others do, and a recording of one’s own voice frequently sounds higher than one expects it to sound.